Greetings from Florence. As mentioned last week, I did indeed head out to Italy this week for some downtime. It has been magnificent! The beauty of the countryside, the art and architecture, the incredible food (vegan choices are no problemo), and the laid-back nature of the Italian people and pace, all amount to a memorable time, to say the least. More soon.... including a few killer pics, which are coming in by the dozens, every day so far.

But for now, let's carry on as usual: 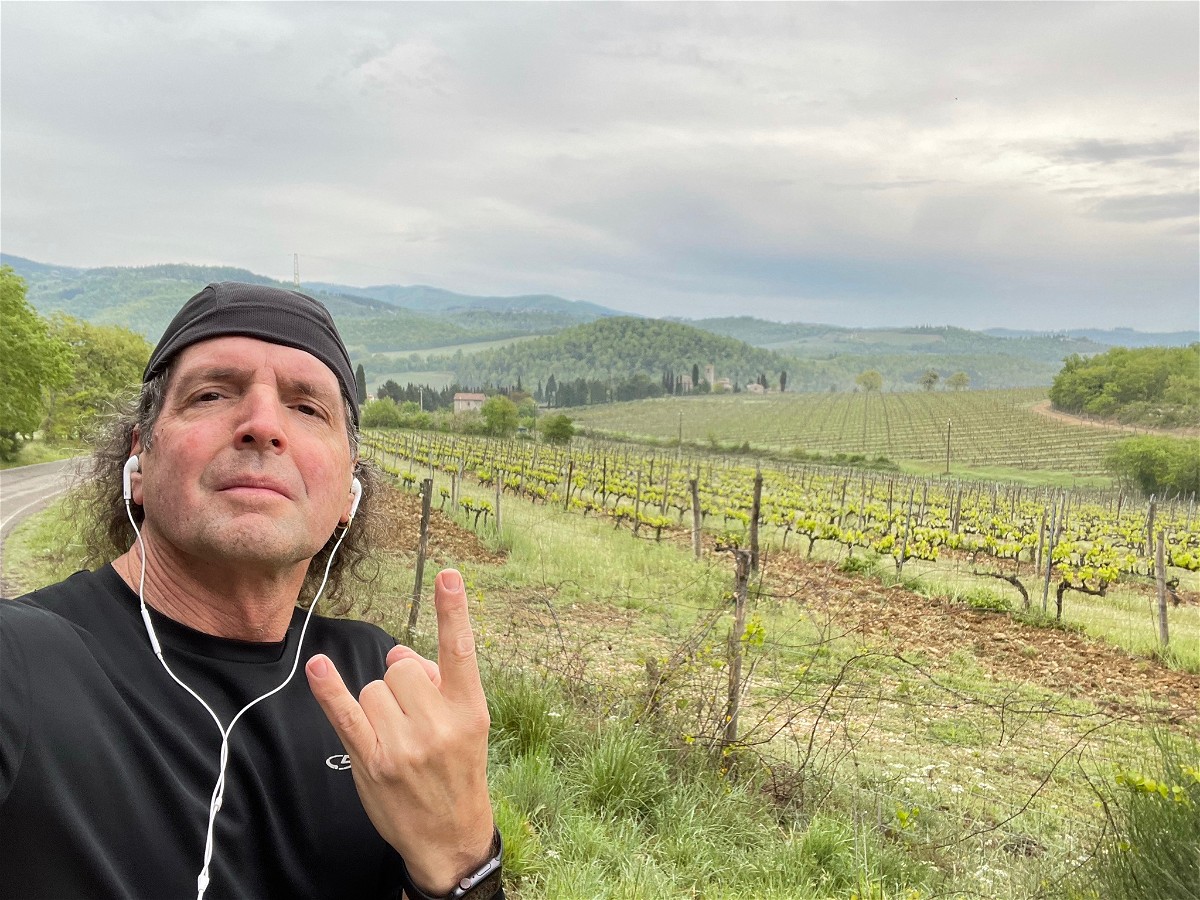 Here's one shot of a ton that captures the Chianti region of Tuscany pretty good...
this one, taken during a run the other morning.

A Peek Behind the Writing Curtain:
Exploring the “Ancient Audio Archives"

It's looking like Will Drum For Food—my follow-up memoir to The Boy Is Gonna Rock—will be out in November. This memoir focuses on the Nelson hey-day, on through a decade-plus of my pursuits as a drumming educator and solo artist. It delves deep into the creative, philosophical, and business aspects of surviving and thriving in both of those very different musical/cultural worlds. And while a big chunk of the book is already in the can, here lately, I’ve been zeroing in on certain chapters, trying to delve deeper into the rich history of some of those early clinic and club tours.
And for this, I have some serious resources to draw from: virtually every one of the performances from those first few years was captured on cassette, plus all of those early tours feature an “audio journal:” a day-by-day check-in on a Sony Walkman, offering live updates about the goings-on out there. These were often delivered in an exhausted stupor as we were burning up the road in impossibly difficult conditions. As you might imagine, it is mind-blowing to step back into that world via these tapes and relive the arduous yet exhilarating times of those one-of-a-kind tours. I’m thrilled to finally be capturing it all in book form. 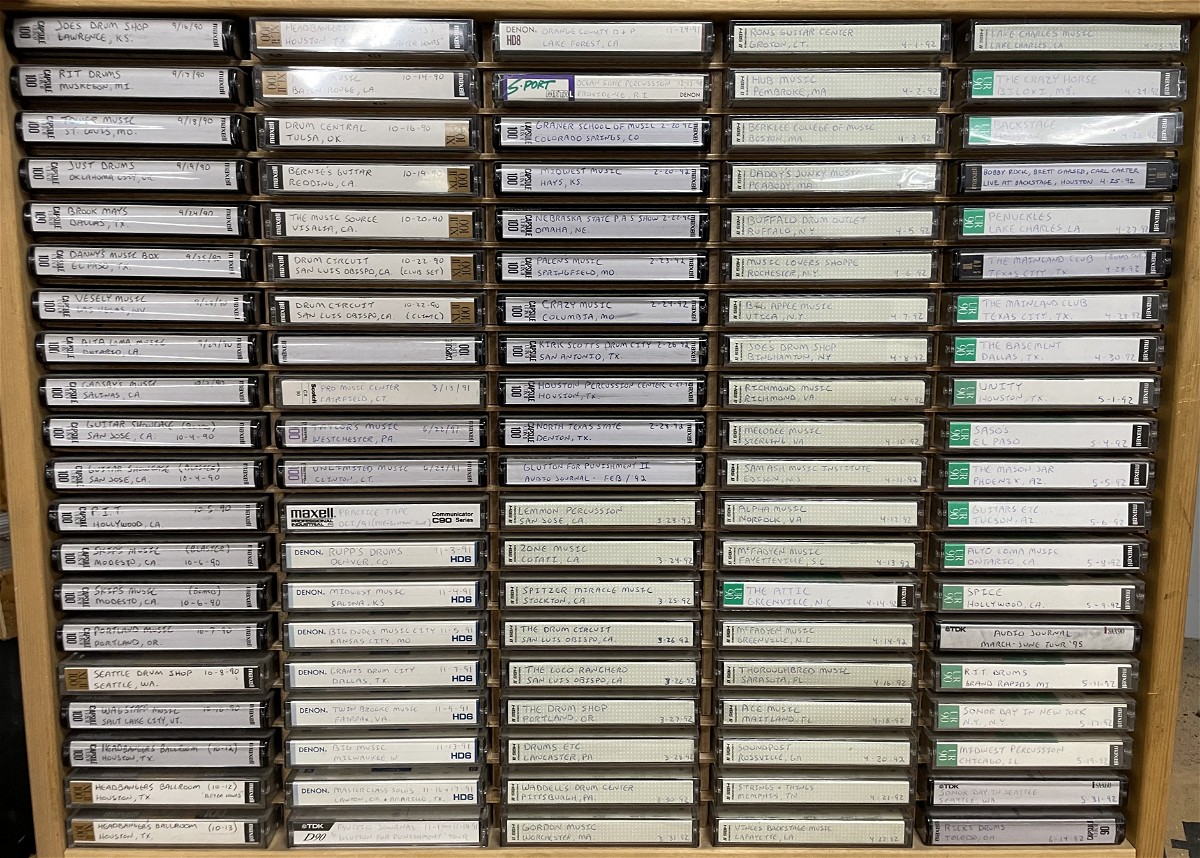 This is just one of many storage cases of cassettes,
this particular one featuring shows from 30-plus years ago.
And man, you gotta hear some of these early performances! I know the quality is rough since they were recorded on a portable cassette player, but still: there is some absolutely frightening shit scattered throughout the dozens and dozens of tapes we have… including a special performance where legendary guitar virtuoso Shawn Lane sat in with us in Memphis. Good Lord! Raw as some of it may be, there are some truly inspired performances in this collection.
Most of the cassettes are with the original line-up of guitarist Brett Garsed, bassist Carl “The Fox” Carter, and me, which was always billed as “Bobby Rock and Friends.”  And speaking of “it takes a village"—which was last week's theme in Newsletter #56—I was quickly reminded of the notable elevation that took place in both our individual and collective playing whenever the three of us took the stage together. We never understood why or how this happened, but it was something we were acutely aware of, even back then. And now, it’s joyous to revisit the insane amount of energy that routinely went down during these shows.
So between checking out the audio journals for clarification on some of our craziest recollections, and taking in these turbo-charged performances, the book is coming together nicely! (We are also looking at ways to make some of these audios available for you guys to hear, as well!)
More soon...
_______________ 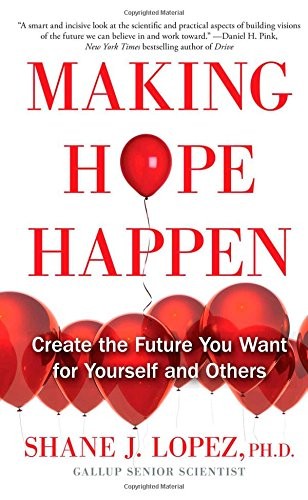 We have a compelling vision. We have something we would either like to achieve, experience or manifest… but it ain’t gonna happen overnight. If it’s gonna happen at all, it will be at the end of a long, winding pathway with lots of potholes and obstacles. We get it. If it were easy, everyone would have it. And what kind of “Hero's Journey” would it be if we didn’t get to take out a few dragons along the way? Fine.
BUT… what if it turns out that our “long and winding pathway” is likely leading to a dead end?
In the book, Making Hope Happen, author Shane Lopez offers up a sweet nugget that, I feel, makes for an enlightening and expansive journal exercise. He talks about the importance of having multiple pathways to your goal—to that thing you’re looking to achieve, experience or manifest—and that, by doing so, it’s a major way to keep hope alive. This really resonated with me, because I know how easy it can be to fall into a mental rut of thinking there is only one main “path to the waterfall”—only one way to get to where you want to go.
We will often attach a very specific “how" to our “what" and never consider the idea that, just maybe, there’s a better pathway there… and by “better,” I mean better for you and the particulars of your personal pursuit. In fact, it’s possible that you picked up the pathway you are currently pursuing as a result of observing someone else you admire who’s pursuing a similar path. This could have merit… or it could be that this pathway is the right one for them, but not you. In fact, in referencing a Joseph Campbell quote from Newsletter #49, he says:
"If the path before you is clear, you're probably on someone else’s.”
With this in mind, there could be several better pathways out there for you, and this speaks to the heart of Shane’s point here. And, I say, therein lies a pretty stout journal exercise.
Which leads us to...
_______________

Journaling Exercise: Many Paths to the Waterfall 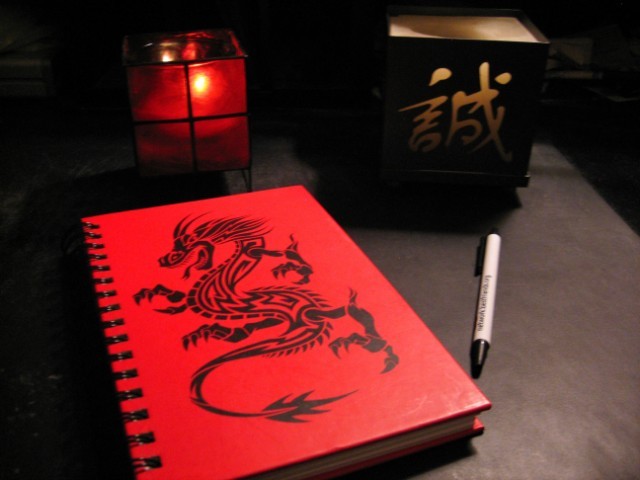 What are the potential multiple pathways to your destination?
You can start with the main path you are already on, or think you should jump on. But then from there, really open up your mind on this one and just start writing any number of possible ways to get there. Brainstorm it… brain dump it. Just let your mind go and, in the spirit of our “Shitty First Drafts” concept from Newsletter #51, write down any potential pathway that comes to mind, knowing that no one else will ever have to see this list, and you can easily scratch out the weak ones later.
But for now, go for quantity, and be blown away by how many possibilities you can come up with. And then... take heart in the notion that there are all kinds of possibilities out there and, therefore, all kinds of reasons to remain hopeful about your prospects. In fact, I would try and single out your top three so when and if one starts looking bad, you can seamlessly move on to the next without missing a beat.
Then get back to work!
×
×